Daily consumption of table salt can result in early death

The University School of Public Health and Tropical Medicine’s research has demonstrated a connection between salty foods and early death. Table salt is bad for health. 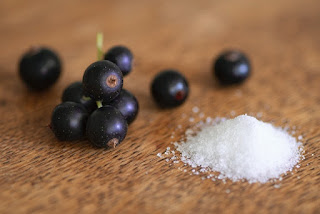 The warning came in a new medical study.

According to the study, adding salt to food can shorten a man’s life expectancy by two years and a woman’s average age by one and a half years.

The research team found evidence to support the idea that people shouldn’t salt their food excessively.

The association between salting food and early death has never been studied before, the researchers said..

They added that a moderate reduction in salt intake could also be beneficial for health.

The study examined information from over 500,000 individuals whose eating patterns had been monitored for an average of nine years.

By the way, it is difficult to know the total amount of salt because many processed foods contain a lot of salt.

But the study looked at the habit of sprinkling salt on foods.

According to research, adding salt to food significantly raises the risk of dying young by 28%.

During the study, other variables like age, sex, body weight, smoking, physical activity, different diseases like diabetes, and blood pressure were also considered.

Experts say that low salt intake is good for health.

He added that so far the evidence suggests that salt can be used to assess a person’s health.