In light of the findings of a recent study conducted in Chicago, health experts have issued a warning to people sleeping in light. 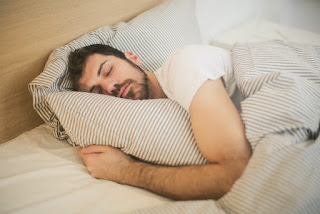 Researchers at Northwestern University’s Feinberg School of Medicine in Chicago looked at the connection between light exposure while sleeping and health.

According to recent research, sleeping near light can increase the risk of becoming obese, developing diabetes, and developing high blood pressure.

The study’s author, Dr. Manji Kim, said, “We live in the midst of an abundance of artificial light that is readily available 24 hours a day.”

I’m referring to all forms of lighting caused by the pollution of regular light from smartphones, TVs, and large cities, he said.

“During the study, young and healthy adults who were tested in the laboratory overnight were found to have increased heart rate and blood glucose,” he explained.

Even though the study was only done on adults, a previous investigation revealed that not sleeping in the dark has an impact on people of all ages.

As a result, we can say that the findings of this recent study are appropriate for all age groups.