Sara Inam: the woman who was killed in Islamabad.

Sara Inam was allegedly murdered by her husband at their farmhouse in Islamabad’s Chak Shahzad neighbourhood. Her husband and the main accused in the case, Shahnawaz, are currently in police custody on physical remand. 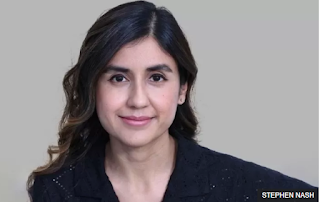 After completing her education, Sarah started her professional life in Canada as a Junior Evaluation Officer.

In the year 2021, Sarah joined the Economic Affairs Authority of Abu Dhabi where her main responsibility was to set policies to encourage investors. During her tenure there, she worked on a major project like ‘Education for Every Child’ in Abu Dhabi and under this project a chartered school was established.

Stephanie Habib stated that Sarah Inam enjoyed studying. “Occasionally, I’d run into her in Abu Dhabi; she’d be sitting on a bench in a park or somewhere, reading a book.”

‘Sarah Inam was a thinker,’ says Stephen Nash. Intelligent and soft-spoken individual. In her spare time, she read nonfiction books. From history to politics to religion, there is something for everyone. We frequently found him sitting in the corner of one or the other cafe, reading a book in peace.’

She mentioned him frequently. Her mom adored her. How are her parents coping with what happened to their daughter?’ His family was his top priority. She said, “I hope our children will be our buddies.” Deduce that his family was his top priority. Sarah Dunavi wanted a family at this age. She sought love like everyone else. She would have made a fantastic mother. She talked about her future and family.