A true friend is one who coIs China atrue friend?mes in handy in times of trouble. 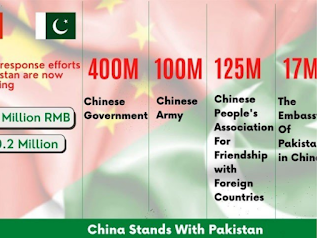 Chinese-Pakistani relationship destroys our religious belief. Can our Punjabi/Pakhtoon scholars comment on this relationship?

General IS China a true friend