Apps proving to be the best alternative to WhatsApp 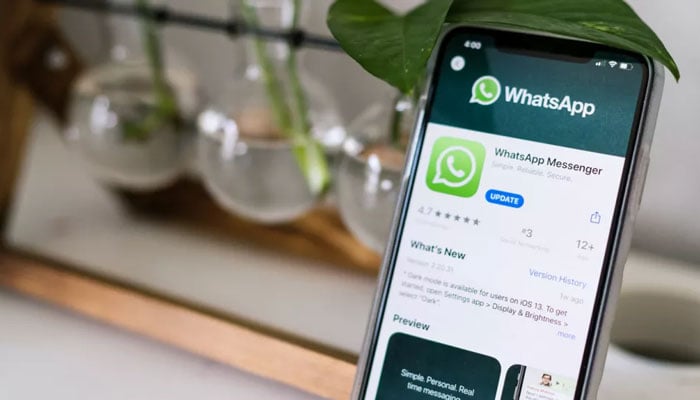 WhatsApp is the world's most popular messaging app due to end-to-end encryption and other features.

But if the WhatsApp service is down for some reason, then what will you do? For example, on October 25, WhatsApp services were suspended for about two hours all over the world, including Pakistan.

The good thing is that there is no shortage of apps that can be a good alternative to WhatsApp.

These apps have many features like WhatsApp and learn about a few such apps.

is the second most popular messaging app after WhatsApp, which has various security options with voice, video and text chat.

However, normal text chat does not have as much protection as WhatsApp.

It is available for free for iPhone and Android users, but it can also be used on web browsers like WhatsApp.

If you are looking for an alternative to WhatsApp that gives top priority to security, signal is the best choice.

In this app, users' privacy is given top priority, voice, video and text chats are end-to-end encrypted.

In the privacy sector, any app can hardly beat signals, as it doesn't collect user data while also providing additional on-screen privacy options with encryption, such as notification pop-ups, face fading tools, and automatic disappearing messages.

However, it does not have features like stickers or GIFs.

This app is available for free for iPhone and Android users.

Meta, this app is also very popular like WhatsApp and is available for free for users on iPhone, Android and web.

It has voice, video and text messaging as well as stickers, GIFs and many other features that are also available in WhatsApp and even if it is, both are apps of the same company.

But the end-to-end encryption feature is not available by default, but the company has promised to introduce it to all users by 2023.

It is a full-feature communication app that makes it possible to do voice, video and text chats while files can also be exchanged.

Video and voice calls can also be recorded in Skype on the desktop.

One of the highlights of Skype is its advanced features such as it can be translated to different languages in real time while making calls on landline phones (it is not free).

Viber was once a popular app, but now it is far behind.

However, it is a good app for mobile phones and landline calls, while text chats are also possible.

It has voice, video and text chat features, while end-to-end encryption protection has also been provided.

If you use Google Services, it will not be difficult to use Google Chat because it is an app connected to Google and Gmail contacts.

Available for Android and iOS users, this app is equipped with file sharing tools and is also connected to Google Drive.

There is a messaging option in it.

is the best alternative to WhatsApp if you use iPhones or iOS devices.

Messaging features like WhatsApp are available in it, while end-to-end encryption feature has also been given.

If its data is automatically stored in iCloud, there is no backup problem.

This is a popular workplace chat app and is used mostly in offices.

So if you use WhatsApp for office matters, then it is a good alternative, while file sharing features are also present in it.