Arshad Sharif's latest work Behind the closed door and his YouTube vlogs seems to be the reason of his assassination : Kathy Peterson

Kathy Peterson, a Nairobi based Journalist, has tweeted that Arshad Sharif's latest work Behind the closed door and his YouTube seems to be the reason of his assassination.  She is of the opinion that State sponsored criminal cartel of Pakistan could be behind this assignation. 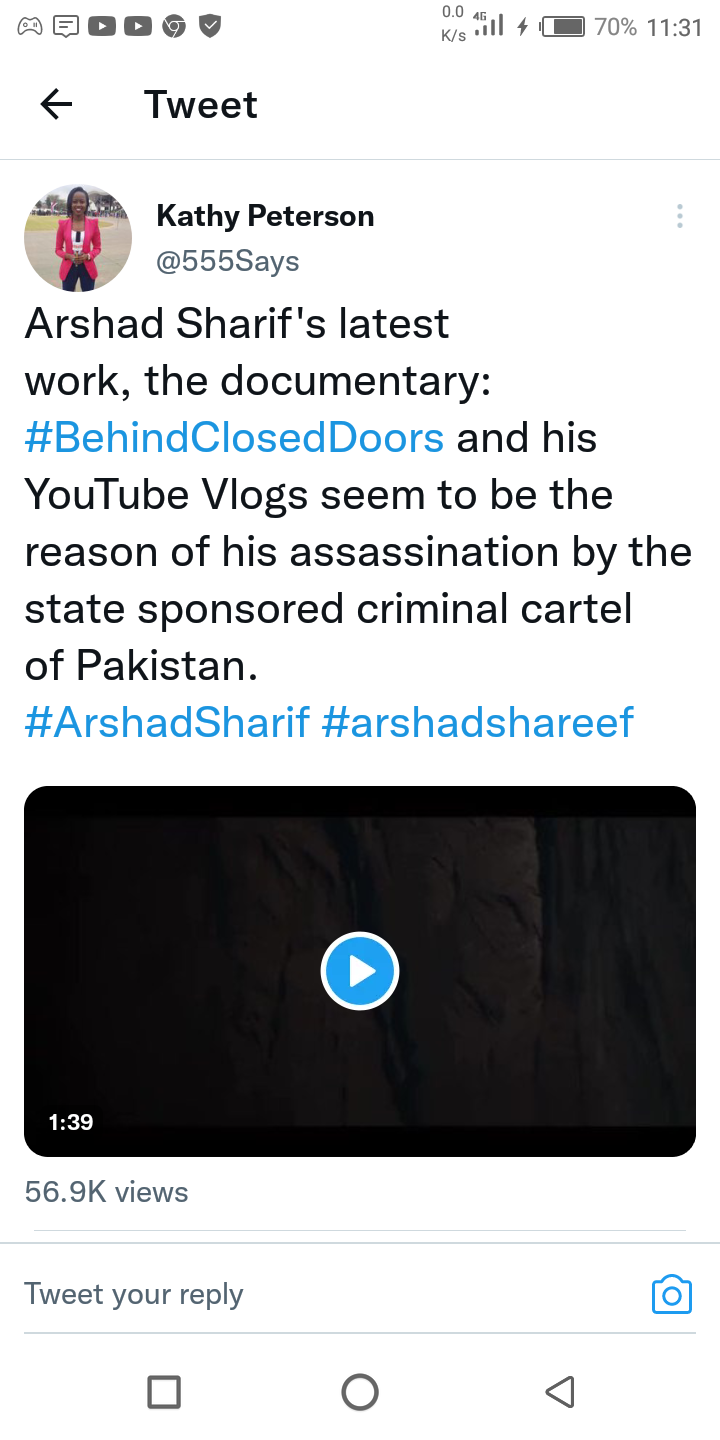 I fully agree what she has said. Pakistani social media users have opined that Arshad had indisputable evidence of crimes against powerful political and non-political figures and he was about exposing them.  People on the social media say they are waiting for the release of the documentary.

She lamented on behavior of the Kenyan Police.  Kenyan Police sent Arshad’s body without conducting the autopay.  How could they forget such an important thing?

She has raised many questions which has compelled us thing about what could have happened on the fateful night.

She said 17 bullets were fired and none of them hit the driver.

She lamented that her country is not ready for a fair investigation of the murder.

(Compiled from her tweets)