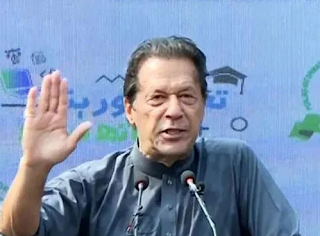 The notification stated that the committee will review the existing cyber security protocols of the Prime Minister’s House. It will also suggest immediate measures and action plans to develop a foolproof security system and digital ecosystem. A few days ago the audio of the conversation between the Vice President of Pakistan Muslim League (N) Maryam Nawaz and Prime Minister Shehbaz Sharif was leaked. But Pakistan Tehreek-e-Insaf gave a political response.

An audio clip of a conversation between former prime minister Imran Khan and his principal secretary Azam Khan also surfaced in which they allegedly discuss ‘cipher’.

According to the statement, urgent steps are being taken to ensure the security of the Prime Minister’s House and other significant locations, structures, and ministries in order to prevent another instance of this. It was decided at the meeting to review security, safety, and government discourse in order to ensure security so that no security system could succeed, keeping in mind the context and requirements of the current changing environment of modern technology and cyberspace.