Hijab : A widowed woman's Muslim identity does not help her in daily life

A widowed woman’s Muslim identity does not help her. Neither the family nor the state take care of her. 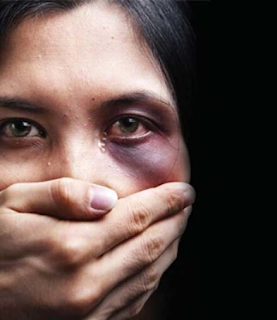 Look at the plight of women in countries like Pakistan.

We all want our sisters and daughters to dress properly. This is our way of life. However, we should also give them their due rights in given by Allah and explained by the Prophet Muhammad (Peace be upon).

The present day Muslims have created the hijab issue in the name of Islam. They should give their daughters education and confidence instead of forcing them to observe hijab.

I have witnessed how girls are treated in homes in Pakistan cities and villages. Life becomes a hell if her father/mother are religious minded.

Pakistan is sadly one of the worst countries for women to live in, as evidenced by the lack of social rights for women, discrimination, honour killings, brutal rapes and kidnappings, marital rapes, forced marriages, and involuntary abortions.

A general case can be made that Pakistani women, particularly in rural areas, have been culturally assigned with low priorities for female education and with social rewards in reproduction and domestic activities.

In our society, rapists view women as easy prey and an open invitation to attack them, and they will stop at nothing to do so. Our society has been transformed into a hell for women as a result of the exponential increase in gender-based violence, where women are viewed as an inferior group in society. This appalling portrayal of our society has a negative effect on how we are perceived abroad.

There are an estimated 22,000 rape cases reported to Pakistani police every year. Only 41% of these cases are reported, according to research by Geo News. According to a police official, the actual number over the previous five years may have reached 60,000.