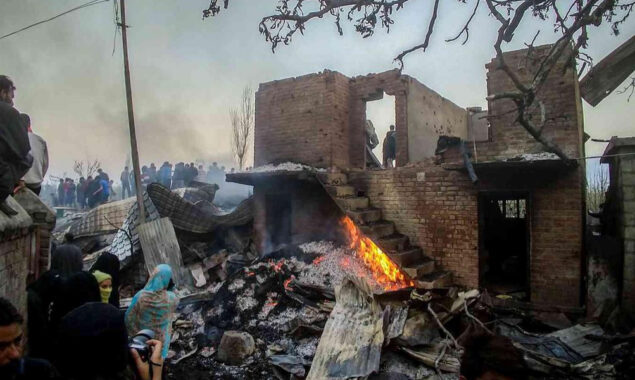 In occupied Kashmir, the Occupying Indian Army has started setting fire to the houses of Hurriyat Conference leaders.

According to details, the indian army has set fire to the house and shops of the leader of the Hurriyat Conference in handwara area of occupied Kashmir.

The All Parties Hurriyat Conference Azad Kashmir branch has condemned the actions of the Indian Army.

Mahmood Ahmad Saghar said that the Indian Army cannot push the Hurriyat leaders back from the position with cheap tactics.

General Secretary Sheikh Abdul Matin said that Kashmiris have neither accepted the oppressive occupation of India before nor will they do so now, the international community and international human rights organizations should take notice of Indian atrocities.

I think BJP government in Delhi will make the situation worse by adopting to such harsh tactics.  The government should try to address the issues of Kashmiri people instead of increasing their woes and anger.