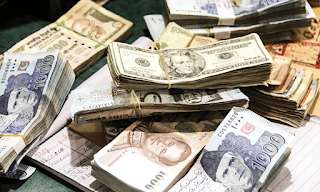 According to the report published in The Dawn newspaper, Japanese financial institution Nomura has cited the negative situation about the economy and according to it, Egypt, Romania, Sri Lanka, Turkey, Czech Republic and Hungary, including Pakistan, are suffering from severe currency crisis.

The Japanese company says that since May this year, 22 out of 32 countries have faced internal threats, with the Czech Republic and Brazil at the top.

This score is the highest number since July 1999 and is likely to reach 2,692 soon during the Asian crisis, Nomura economists described emerging currencies as a sign of danger.

This model shows 8 key indicators on an interest rate to give a country's international reserves, exchange rate, financial health and overall score.

Based on data on the crisis of 61 emerging currencies since 1996, the Japanese company estimates that countries with a score of more than 100 have a 64% chance of a currency crisis in the next 12 months.

Egypt's currency has depreciated twice this year, due to which Egypt approached the International Monetary Fund (IMF) program, after which Egypt's score reached 165.

This score is the highest number since July 1999 and is likely to reach 2,692 soon during the Asian crisis, Nomura economists described emerging currencies as a sign of danger.

Apart from this, Romania's score is 145, Sri Lanka and Turkey's score is 138, while Jamhoya Czech, Pakistan and Hungary are ranked 126th, 120th and 100th respectively.