People who wake up late at night have a higher risk of diabetes, research

People who wake up late at night have a higher risk of heart disease and diabetes than those who wake up early in the morning, according to a new medical study. 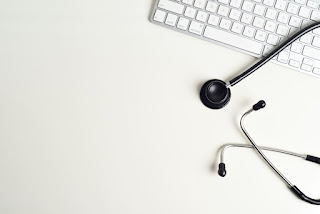 This was revealed in a medical study conducted in the United States.

Research has shown that people who wake up late at night have a higher risk of diabetes and heart disease because they have less ability to dissolve body fat for energy.

In contrast, people who wake up early in the morning, their bodies rely more on fat for energy, and these people are also more active during the day than those who wake up late at night.

According to research, fat accumulates more easily in people who wake up late at night.

The findings help explain why people who wake up late at night are at a higher risk of type 2 diabetes and cardiovascular disease.

The study, conducted by Rutgers University in the US, included 51 middle-aged people who were obese.

These people were divided into groups according to waking up early in the morning or waking up late at night, and then their activities were monitored for a week, while also seeing what source of energy their bodies preferred for energy.

Researchers found that people who woke up early in the morning were more sensitive to the amount of insulin in the blood, while those who woke up late at night dissolved more fat.

In comparison, people who wake up late at night are less sensitive to insulin and prefer carbohydrates for energy instead of fat.

People who stay up late at night have a higher risk of obesity, type 2 diabetes and heart disease, he said.

He said that a person who is accustomed to waking up late at night goes to bed late but wakes up early for his employment or children, as a result of which the body clock is affected.

The results of this study were published in the medical journal Experimental Physiology.